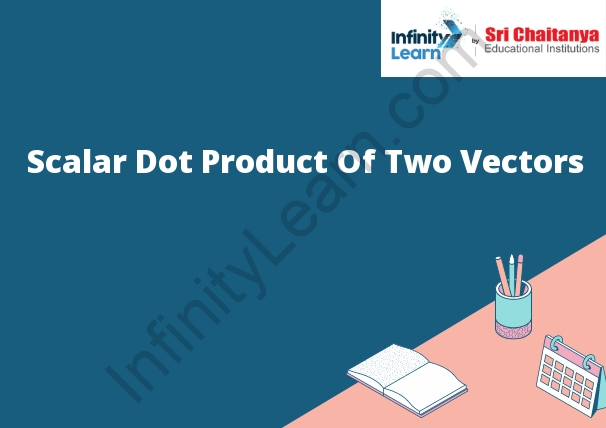 The dot product of two vectors is a scalar value that compute by multiplying the components of each vector and then summing the products. The result is a number that represents the magnitude of the vector product and the direction is given by the angle between the vectors.

A dot product is a mathematical operation that takes two vectors and multiplies them together to produce a single scalar value. The dot product denote by the symbol . The two vectors place side by side, with the first vector on the left and the second vector on the right. The dot product calculate by multiplying each component of the first vector by the corresponding component of the second vector and then adding all of the resulting products together.

The dot product is a mathematical formula that calculates the product of two vectors. The formula is:

In mathematics, the dot product is an operation that takes two vectors in a three-dimensional space and returns a single number. The dot product define as the sum of the products of the corresponding components of the vectors.

The Dot Product Algebra Definition is a mathematical operation that calculates the product of two vectors. It represent by the symbol “.” and is usually calculate using the Cartesian coordinate system.

In mathematics, the dot product is a binary operation that takes two vectors, u and v, and produces a scalar quantity, often denoted by 〈u, v〉, that is the product of the magnitude of u and the magnitude of v, and the cosine of the angle between them.

Let be a vector-valued function on an open subset of . The dot product of and is define as

where is the norm of .

We will show that is a linear function. That is, for any two vectors and and any real numbers and ,

The proof is by induction on . The base case is easy, since

The inductive step is also easy, since

for all vectors and all real numbers .

What is the difference between an open and closed economy?

NCERT is a government organisation which provides study material to students of classes I to XII. The NCERT study material is very helpful for students as it helps them in understanding the concepts taught in school in a better way.

The text books are written