In the words of the famous Daniel Bell, “Technology, like art, is the soaring exercise of human imagination.” It is difficult to imagine the world today without the internet and cellphones, but this has not always been the case. It has taken three centuries and four industrial revolutions to reach the world we live in today! Modern technology has become so advanced that it is on the brink of replacing human activities and emotions. One such advanced form of technology includes AI or Artificial Intelligence.

What is Artificial Intelligence ?

Artificial Intelligence refers to the branch of technology that can process information and make decisions without human supervision. Researchers have been working hard on the technology for a long time, and they still have a long road ahead of them, but AI has now become an integral part of our daily lives. Many useful features such as navigation apps, video suggestions, facial recognition, and smart assistants are a by-product of artificial intelligence.

According to Arend Hintze, there are four broad classifications of AI. The first includes ‘Reactive Machine’. These machines do not have any memory storage capacity but can process information and make situation-based decisions. These devices use algorithms and are frequently used in gaming software such as chess. It is easy for such programs to think of a million permutations and combinations and reach the most suitable outcome. Some of the gaming software based on AI is so advanced that even the champions of the field have to take a bow in front of them. 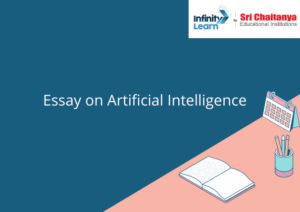 The second kind of AI is called ‘Limited Memory’ technology and has taken the entire world by storm. Not only can such devices take situation-based decisions, but they also store previously analyzed data for future reference. A good example of ‘limited memory’ technology is the video recommendation system on any video streaming platform. Once the AI figures out the likes and dislikes of the user, it can make decisions on the user’s behalf and recommend shows and videos as per the person’s interest. The ‘limited memory’ technology has become an easy way to influence and manipulate the masses as they use the thought process of the person himself. Although this is a revolutionary feat, it has also made people more vulnerable and prone to wasteful online shopping and other unnecessary activities.

The third kind of AI, which has not seen much progress yet, includes ‘Theory of Mind.’ The idea is to develop a technology that can store and process data and have a human-like thought process that will allow the machine to make essential decisions in times of crisis. Scientists are working relentlessly on this project and have come up with some humanoid robots, but the results have not been good enough to replace human work and services. However, we can hope in the future to have a lot of robots doing our bidding.

The fourth kind of AI is the ‘Self-awareness’ program which seems almost unachievable at the moment. It refers to the knowledge of identifying oneself from the surroundings. A machine that would be self-aware would have its own emotions and thought process. Just like any two humans, no two machines would be of the same kind. If someday in the future, science is able to evolve to the extent of creating ‘self-aware’ machines, the human race could achieve immortality. And although the idea sounds far-fetched, it has its supporters in many advanced scientists such as Stephen Hawking and Albert Einstein. They believed that it was possible to store and replicate human consciousness.

AI has indeed made the world smaller and life more manageable. The distance that would take months to travel, a few years ago, can now be traversed in a matter of a few hours. There is no place on Earth that cannot be reached. AI has helped increase the longevity of the entire human population by making health facilities cheaper and more accessible. But like every coin has two faces, AI technology has its fair share of cons. We have become so addicted to our devices that we’ve replaced them for physical human interaction. Not only is AI taking away from our social life, but it is also affecting our health. Weak eyesight, obesity, and cardiovascular issues are just some of the diseases resulting from the continuous use of technology sitting in one place. It has also affected our ability to concentrate on the important stuff and takes away most of our time. Thus, one must be reasonable with using any sort of technology.