A coplanar vector is a vector that is located in the same plane as another vector. This is often done for convenience when working with vectors, as it makes calculations and manipulations simpler. In physics, a vector is a mathematical representation of a physical quantity, such as force or momentum. Vectors can be added, subtracted, and multiplied together, and they have a direction and a magnitude. 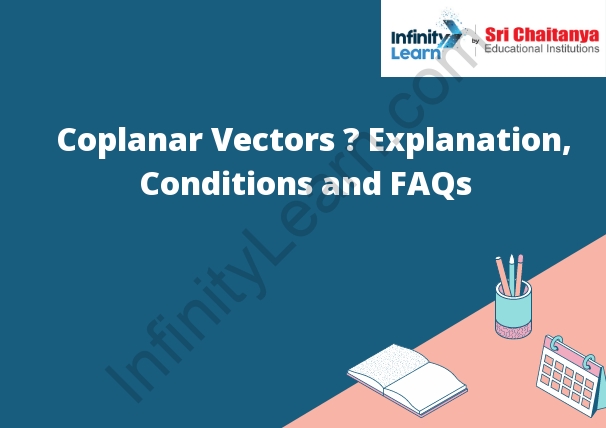 All about Coplanar Vectors

Coplanar vectors are often used in physics and engineering. For example, they can be used to model the forces between objects.

Two vectors are said to be equal if they have the same magnitude and direction.

There are three types of vectors: magnitude, direction, and displacement vectors.

A magnitude vector is simply the magnitude (or size) of a vector. It has no direction information.

A direction vector has both magnitude and direction information. It points in a specific direction.

A displacement vector has magnitude and direction information, and it also has a starting point and an ending point. It shows the displacement between the two points.

Coplanarity in Theory and Practice

In theory, coplanarity is the condition of being on the same plane. This means that all of the features on a part are at the same height and that there are no gaps or overlaps between them.

Two vectors are said to be coplanar if they lie in the same plane.

If vectors A and B are coplanar, then they have the following properties:

• Their sum is a vector in the same plane as A and B.

• Their difference is a vector in the same plane as A and B.

• Their product is a vector in the same plane as A and B.

What are Linearly Independent Vectors?

What are Linearly Dependent Vectors?

Linearly dependent vectors are vectors that are related to each other in a way that one vector can be expressed as a combination of the other vectors.

How do you Know if Two Vectors are Coplanar?

If two vectors are coplanar, then they will have the same orientation and lie in the same plane.