(a) The Mughal Empire became stronger in the eighteenth century.

(b) The English East India Company was the only European company that traded with India.

(c) Maharaja Ranjit Singh was the ruler of Punjab.

(d) The British did not introduce administrative changes in the territories they conquered.

3. They denied the right to mint coins.

4. Nawabs even stopped the Company for extending fortifications.

Ans: The assumption of Diwani benefited the East India Company in the following way.

1. Under the system of ‘subsidiary alliance’ Indian rulers were not allowed to have their independent armed forces.

2. They were to be protected by the Company, but had to pay for the subsidiary forces that the company was supposed to maintain for the purpose of this protection.

3. If the Indian rulers failed to make the payment, then part of their territory was taken away as penalty.

4. The states which had to lose their territories on this ground were Awadh and Hyderabad.

Ans. Indians were influenced by British culture, architecture and lifestyle. 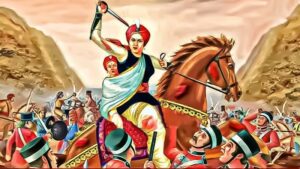 Lakshmibai was born probably on 19 November 1828 in the holy town of Varanasi in a Marathi brahmin family. Her father was Moropant Tambe. Her father worked for a court of Peshwa of Bithoor district. Peshwa brought Manikarnika up like his own daughter. The Peshwa called her “Chhabili”, which means “playful”.

She was educated at home and was more independent in her childhood than others of her age; her studies included archery, horsemanship, and self-defense.

Rani Lakshmibai was accustomed to ride on horseback accompanied by a small escort between the palace and the temple. The Rani Mahal, the place of Rani Lakshmibai, has now been converted into a museum. She died, fighting British Army bravely, to save her state Jhansi. 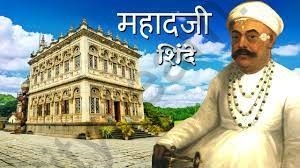 Between 1742 and 1761 he would undertake many more campaigns in Northern India. These campaigns would bring regions such as Malwa, Rajputana, Rohilkhand, Bundelkhand etc under the Maratha Empire.

His role during the ‘First Anglo Maratha War was greatest from the Maratha side since he humbled the British in Central India, single-handed, which resulted in the Treaty of Salbai in 1782, where he mediated between the Peshwa and the British. 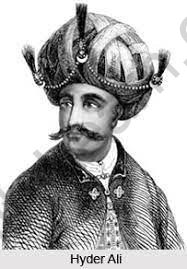 Hyder Ali, a Muslim ruler of Mysore princely state and military commander who played an important part in the wars in southern India in the mid-18th century.

He offered strong anti-colonial resistance against the military advances of the British East’India Company during the First and Second Anglo Mysore Wars and he was the innovator of military use of the ‘iron-cased Mysorean rockets. 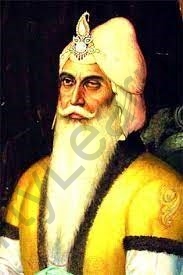 Ranjit Singh was born to Sardar Maha Singh and Raj Kaur on 13 November 1780, in Gujranwala, Punjab (now in Pakistan). As a child, he suffered from smallpox which resulted in the loss of one eye. At the time, much of Punjab was ruled by the Sikhs under a Confederate Sarbat Khalsa system, which had divided the territory among factions known as misls Ranjit Singh’s father was the commander of the Sukerchakia Misl and controlled a territory in west Punjab based around his headquarter at Gujranwala.

In 1799, Ranjit Singh captured Lahore (now in Pakistan) from the Bhangi Misl and later made it his capital. This was the first important step in his rise to power. In the following years, he brought the whole of central Punjab from the Sutlej to the Jhelum under his sway. This area includes north of Satluj (Jullundhar, Amritsar, Pathankot, etc.); and Lahore, Multan, etc. of Pakistan. 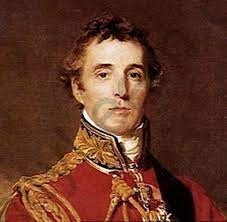 Lord Dalhousie, Governor-General of India from 1848 to 1856 .. He introduced the Doctrine of Lapse policy which turned out to be one of the major causes of the Revolt of 1857.

In India, he was famous for various negative and positive reasons.
Positive:

Vedantu’s NCERT Solutions will offer you clarity regarding various aspects of this chapter, which can consequently assist you to solve questions from this chapter easily. In Chapter 2 From Trade to Territory, the corporate Establishes Power, you’ll encounter the questions on various events like when the Malay Archipelago company came to the east and began trade Bengal. This led to the Battle of Buxar, Battle of Plassey, etc.

In this chapter, practicing these sorts of questions will make sure you have an honest understanding of the topic. NCERT Class 8 History Solutions for From Trade to Territory, the corporate Establishes Power PDF is out there here also and may be accessed by students both offline and online freed from charge. Download the free PDF Solution now.

To make your learning process easier, our proficient and experienced teachers have formulated all the solutions in a well-structured format. the subsequent are the benefits that you simply will get if you employ our free Class 8 Chapter 2 History Solutions:

How Would Study Materials from Vedantu Assist Students?

Not just for science, but the study material from Vedantu is additionally available for every subject for every class. Our subject experts have taken care of every topic. All solutions are well-crafted for learners and every one solution suits the rules of the CBSE. Each topic is explained in an organized manner in each subject and every study material and test paper are formulated accordingly. it’ll help students easily find an answer to any specific problem. we’ve also added several miscellaneous questions that might allow you to obviously understand the topic.

Our in-house experts are always available round the clock to answer your questions if you’re feeling you are not satisfied with the solutions and wish any longer assistance to resolve your doubts. Download our Vedantu app now and obtain obviate your doubts immediately.

Ans: during this chapter, we’ll check out a quick outline of the series of events that gave our country’s power to the British. It all began with the arrival of the Malay Archipelago Company within the East.

The Malay Archipelago Company bought goods from Indians at an inexpensive price and sold them at a way higher price in Europe. In 1651, the primary English factory was found out on the banks of river Hugli in Bengal. The battle of Plassey was a serious victory for the British in 1757. the method of the annexation of Indian states by the corporate from 1757 to 1857 brought forth some key aspects just like the company rarely launched an immediate military attack on an unknown territory. After 1764, the corporate forced the states into a ‘subsidiary alliance’

Ans: a number of the scholars face problems while understanding History. Thus, Vedantu has made the topic easier to know with the assistance of its expert teachers. the simplest thanks to learning is to require a sensible forward step and download the NCERT Solutions PDF now. Vedantu’s NCERT Solutions is one among the important parts of sophistication 8 History study materials. These solutions are made with the utmost care by its experienced and skilled teachers to form your preparation for exams easier.

Ans: Each topic from NCERT Class 8 History Chapter 2 is roofed within the NCERT Solutions. you’ll get questions associated with topics including the Malay Archipelago company, how and once they came to the East, and once they started trading in Bengal. you’ll encounter questions associated with the Battle of Buxar, Battle of Plassey, etc. These solutions will assist you to understand the topic in a proper format with a deeper understanding.

Ans: to urge a web PDF for NCERT Solutions for sophistication 8 History Chapter 2, follow these steps:

Ans: NCERT Chapter 2 Trade to Territory of sophistication 8 History is a crucial chapter from the exam viewpoint. The weightage of this chapter is going to be high within the examination. you’ll score good marks by understanding the chapter thoroughly. you’ll get questions from topics like the events of the Malay Archipelago company, how and once they came to the East and began trading in Bengal, the Battle of Buxar, and therefore the Battle of Plassey, in your exam.

Ans: Chapter 2 Trade and Territory talks about the battles, wars, and lots of rulers that have taken part in it. Students will examine several battles just like the Battle of Buxar, Battle of Plassey, and lots more. This chapter mainly talks about the people of ancient centuries and the way they came to many territories to start the trading system in India. this data from history will help students to understand more about the people that have fought for his or her freedom and the way the trading system was inculcated within the country.

Ans: History maybe a little bit of a difficult subject where you’ll get twisted questions in your exam. So it’s better to get on the safer side and practice questions during your preparations. you’ll get Solutions for NCERT questions from the PDF, so you’ll understand the way to mold your answers to write down the right and required information asked within the question, so you’ll score good marks these solutions are available for free of charge and also on the Vedantu Mobile app.